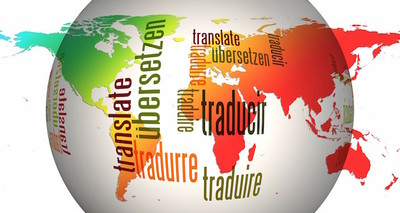 Over the past 25+ years of working in this industry, Paragon has developed profound understanding of the interconnectivity and influence that language has on people around the world. We take pride in being able to partner with companies in a variety of industries, to ensure that no matter how users are digesting content, that it is accurate and perfectly tailored to their needs.

With the ubiquitous accessibility of the web worldwide, the increase of language cross-pollination and the growing ability to translate languages seamlessly from one to another is no surprise. But what does this actually mean? It means that we are all inherently linked by language and that language connectivity has an interesting and universal impact.

A recent study completed by Macro Connections Group at MIT Media Lab entitled Global Language Network, illustrates this linguistic interactivity by using translation data to explore global relationships. One of the most notable, but not surprising, observations that was discovered when reviewing this data, is that English stands at the center as the most popular universal language. The data further suggests that the English language has the strongest connections with other languages. Another interesting facet of the illustration lies in the range of data sources involved in the research from publications such as books, social media and even Wikipedia. In effect, it not only shows that there is a connection between how frequently text is translated from one language to another, but also how users choose to view data, which are all remarkably similar.

The takeaway from the study demonstrates that from the largest cities in the US to the smallest villages in China or Africa, the impact of language is irrefutable. So the next time you’re sitting across the table from someone seemingly foreign, remember, we are all inherently connected.